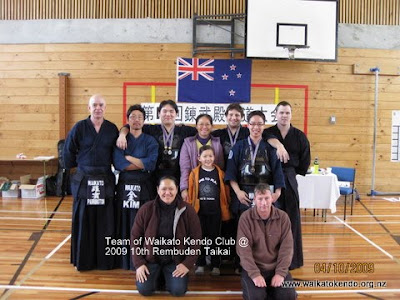 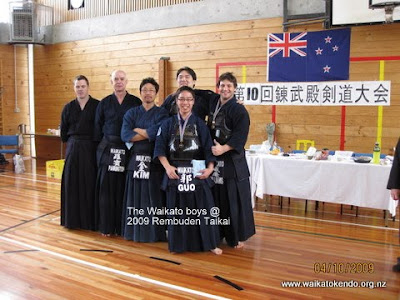 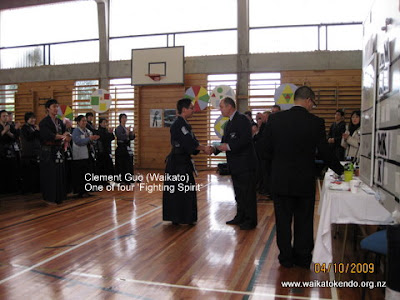 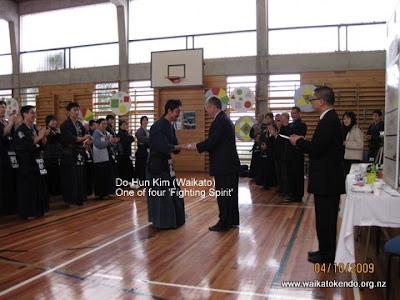 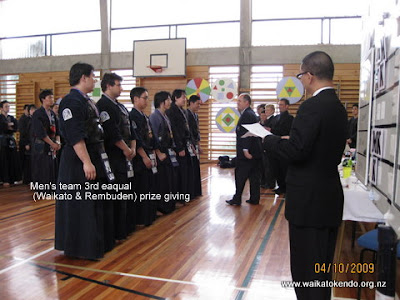 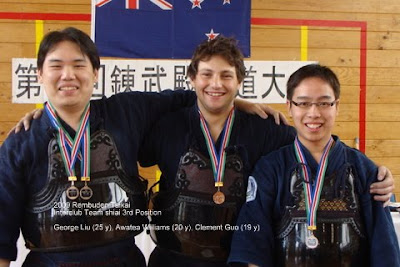 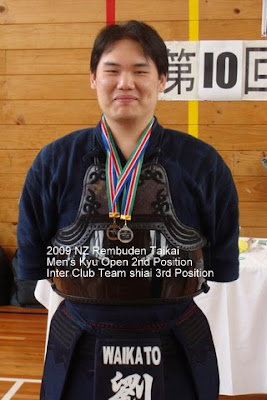 Dear Teams,
This is your coach Marleen ^^
I would like to make an official report regarding the teams achievement on 10th (2009) Rembuden Taikai.
There are few devisions of the tournament:
1. Junior Open
2. Woman's Open
3. Man's Kyu Open
4. Man's junior Dan Open (1st~2nd Dan)
5. Man's senior Dan Open (3rd Dan and above)
6. Interclub teams Open
Here are our teams achievement:
Individuals:
* George Liu won 2nd position in Man's kyu open
* Clement won Fighting Spirit
* Do-Hun won Fighting Spirit
Teams:
* Team A (Awatea, Clement and George) won 3rd position in Team's open
* Team B (Robin, Do-Hun and Adam) lost to the Champ team (Auckland A) in their 2nd test.
Their achievement is your achievement too since you are part of the squad.
Thanks to you or we won't have such a successful trip down to the Wellington.
Also, I like to publish our gratitude to Debbie, Grant and little Joyce for their constantly and generous support over the weekend.
Let's work for 2009 Novice Open (14th and 15th Nov.)
Best wishes
Marleen ^^